Discussion area for peaks outside of the USA
Forum rules
Please do not use this forum to advertise, sell photos or other products or promote a commercial website. For more details, please see the Terms of Use you agreed to when joining the forum.
Post Reply
17 posts

If anyone is going down to do Izta, you might have to change your plans...its neighbor has been active...more active than usual

Wow, that's way more active than when I was down there in February, though it was acting up a bit then. There's a webcam for those who are curious: http://webcamsdemexico.com/webcam-popocatepetl
Dr. Dirtbag
Top

Anyone who’d try it now would be missing the dry season.
Life is too short to pay full retail for outdoor gear!

"God has cared for these trees, saved them from draught, disease, avalanches, and a thousand straining, leveling tempasts and floods; but he cannot save them from fools; only Uncle Sam can do that."--John Muir
Top

Yea, pretty wild. For the folks living around it, hopefully it won't become a full blown eruption, not sure how possible evacuating all those people would be.
Top

Here are a couple shots from a few years back...the "normal" mildly active Popo, still a bit disconcerting driving up to it

Glad I climbed it earlier.
I'm slow and fat. Unfortunately, those are my good qualities.
Top

I was in Mexico City a few years back for work when Popo blew. Pretty cool watching it from my hotel room. Popo erupting usually means increased earthquake activity in the area. Mexico City also had a 4.0 earthquake while I was down there. Crazy to be in a hotel room and feel it swaying like on a boat, but good to know that the hotel was built with earthquake standards in mind. Rainy season is just now starting. Rainy season has nothing but miserable monsoon every afternoon...

Got to love Popo...it was sure entertaining watching it shoot up a few hundred feet of ash every few hours while we were on Izta. I just hope it doesn't go off big and hit Xalitzintla.

Got to love Popo...it was sure entertaining watching it shoot up a few hundred feet of ash every few hours while we were on Izta. I just hope it doesn't go off big and hit Xalitzintla.

I would love to climb Itza while Popo were erupting!
Top

If anyone is interested, here are a few photos of how Popo looked when I climbed it. This was on 12/18/1992 and the volcano had been dormant for a long time. Popo erupted on 12/21/1994 (two years and three days after I climbed it), which ended its long slumber. It has been closed to climbing ever since, so I was lucky to have climbed it pre-eruption (though in recent years I have seen the mountain erupting several times since then, which is also impressive as well).

Before the 1994 eruption, Popo used to be the most popular climb in Mexico. There was a huge lodge (Tlamacas) at the start of the climb. It was much bigger and nicer than the huts on Orizaba. It was similar to the lodge at Mount Hood Oregon and had many rooms and beds. It was very clean as well.

Photos I took of Popo (cheap camera though, so the photos aren't the best): 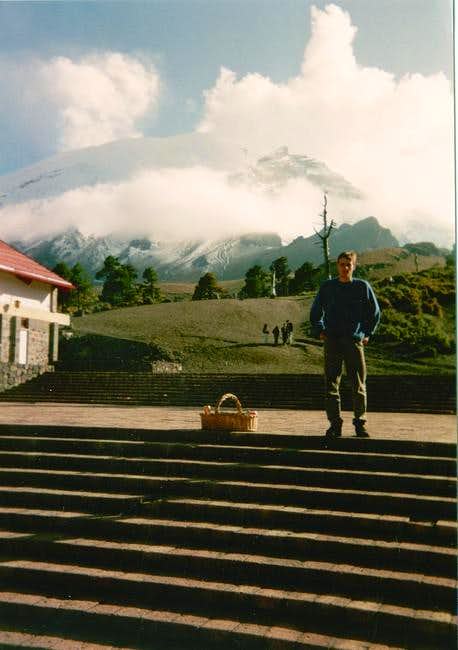 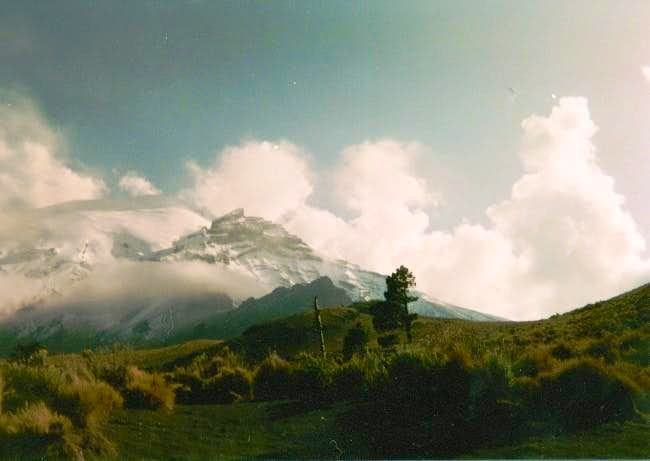 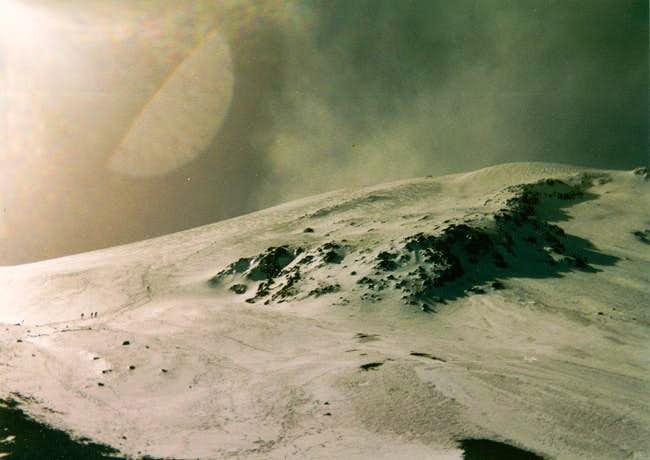 Back then the mountain had big glaciers and sizable crevasses. Here is an aerial photo from 12/6/1993, which is about one year after I climbed the volcano. Notice the big glaciers and crevasses, even when viewed from the air:

It was a completely different mountain back then.

View from near summit: 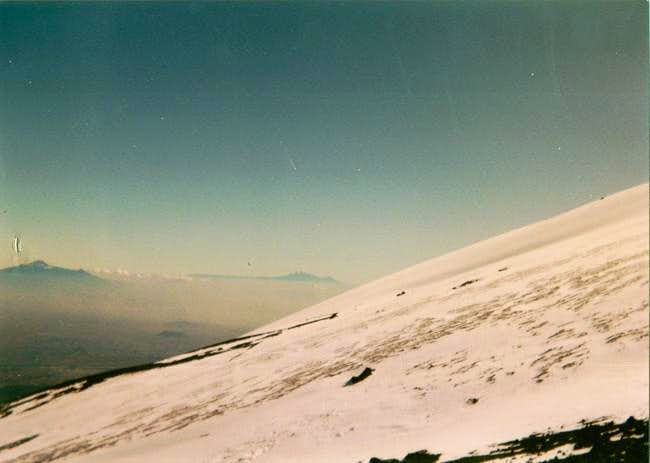 Iztaccihuatl from Las Cruces on Popo: 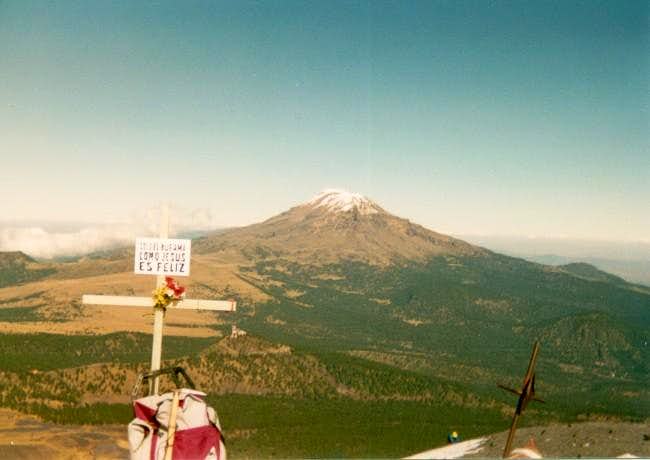 Izta used to have a sizable snowcap and glaciers, even just a few decades ago. Attached to my external frame backpack is the wood handle ice axe that I borrowed from my dad.
I'm slow and fat. Unfortunately, those are my good qualities.
Top

During our decent of Ixta in December '14.
Formerly Lemmiwinks

“If you're bumming out, you're not gonna get to the top, so as long as we're up here we might as well make a point of grooving." -Scott Fischer
Top
Post Reply
17 posts

Return to “World - Other Peaks”